No Meat Athlete – How to be a Successful Vegan Athlete

When one thinks of athletes, the first thing that probably pops into mind is that their nutrition is protein and carb-filled; after all, they require a high protein diet to fuel them, give them strength and stamina to build all those muscles and maintain their performance. When you think of a ripped and muscled athlete surviving an exhausting and demanding workout or an important game on a belly filled with veggies, it seems like mission impossible. However, there are tons of highly successful and prominent athletes who are a living proof that you can be a vegetarian or vegan and still be at the top of your game.

There are challenges of course, but going vegan and maintaining your strength is far from impossible, and athletes such as Venus Williams, Mike Tyson, Morgan Mitchell and many others who are killing it in their respective fields are living proof of that. Still, this is a great challenge. Going vegan is difficult in the beginning, even for ‘regular’ non-active people, and for those who are extremely active, the difficulties are even bigger. Once you get accustomed to this major dietary change, it gets immensely easier, and you too can be a thriving vegan athlete. In order to achieve this, however, there are obstacles to overcome, and we are here to shed a light on the matter, with the most common obstacles and the ways to beat them.

Active people need more protein than the average person does. When one renounces animal products, they’re also reducing the intake of the much-needed protein that is essential for strength and stamina. If protein is removed from the dietary equation that leaves room for carbohydrate to enter the bloodstream much faster than it normally would. This, in turn, results in a huge instant increase of insulin, followed by a sudden drop soon after. What comes as a result of this insulin fluctuation is a feeling of irrational hunger. This is exactly why protein intake is crucial for athletes; according to WebMD: “Your body uses protein to build and repair tissues. You also use protein to make enzymes, hormones, and other body chemicals. Protein is an important building block of bones, muscles, cartilage, skin, and blood.” So, when the dietary protein needs are not met, it can cause muscle catabolism. What this means is that complex molecules in living organisms break down into simpler ones, along with energy release. This is called destructive metabolism and it can lead to a serious decline in strength and stamina.

Protein deficiency is not the only issue; while a low-fat diet works just fine for a non-active to moderately active person, a highly active person, especially an endurance athlete requires good quality fats. Most fats however, come from animal products, so when these are cut, so is a large portion of that fat. Fat, just like protein, prevents carbohydrates from entering your bloodstream too fast, which in turn helps the body retain energy and maintain its consistency. In addition to that, fat has other benefits; for one it fosters the absorption of fat-soluble vitamins such as vitamin E – a powerful antioxidant helps quicken the recovery process. The good news is, great sources of protein and fat are not found only in animal meat and dairy. There are incredible vegan substitutes that will provide the same amount of energy and fullness, such as green peas, quinoa, nuts (and nut butters), chickpeas (the main ingredient of the delicious hummus); there is of course, tofu, perhaps the most famous meat substitute, and all leafy greens. These and so many more foods contain all the protein requirements you need in order to keep your strength.

Iron is another vital part of every athlete’s health and performance. With meat out of the picture, there is a risk of low red blood cell count which results in anemia. As they lose plenty of iron through sweat, they need food to make up for the loss. That is why it is highly important they maintain an iron rich diet which includes foods such as tofu, tomatoes, dried apricots, pumpkin seeds, spinach, peaches, peas and prunes. As this is a huge adjustment, it’s recommended that everyone adopting a vegan diet, especially highly active people, do not skip on supplements, especially iron, for additional nutritional support, and BioCare products such as Iron Complex are probably one of the best choices. These capsules contain not only iron, but also riboflavin and vitamin C, and in addition to that, they are completely vegan-friendly. In order to overcome food restrictions, athletes require more supplements than other people and their bodies greatly benefit from these additions to their diet. If you want to know what some of the best vegan athletes swear by, check out their recipes for success.

Stiff and sore muscles are unacceptable

Professional athletes cannot afford to experience muscle stiffness, soreness and muscle cramps. Unfortunately, a plant-based diet is also a low sodium diet, and low sodium in combination with sweat from exhausting and grueling workouts can result in exactly these issues. This is why it is very important for athletes to use sea-salt in all their meals. Although a low-sodium diet is actually recommended for regular people, athletes do not fall under the regular category. When an athlete adds sea salt to their food it helps reduce muscle cramps retain and regain flexibility. While an average person may produce a certain, moderate amount of sweat, athletes produce an enormous amount of it, especially when they train and compete in scorching heat. This is precisely why they require a diet that contains more sodium. Still, lack of salt isn’t the only reason for sore and stiff muscles. The other culprit is the lack of calcium. Of course, there’s a solution to that problem as well and it lies in, what else, but calcium-rich foods such as almonds, again leafy greens, sunflower and sesame seeds and beans.

As you can see, you can have it all – be a vegan and a successful athlete. You just need to pay close attention to what you eat in order to maintain your stamina and energy levels, keep those red cell levels up with plenty of iron, calcium and sodium for optimal performance. Some of the most well-known athletes, such as Venus Williams, claim that switching to a plant-based diet hasn’t slowed them down. In fact, in her interview with Health magazine, she reveals that it completely changed her life for the better, and even helped her manage Sjogren’s symptoms while keeping her place as one of the world’s best tennis players. This speaks volumes of the benefits of going vegan, without the fear that it will interfere with your professional success. 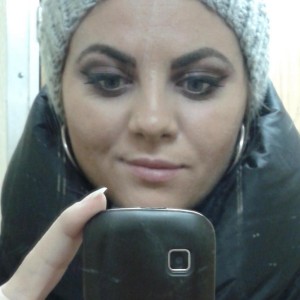 Nicole is a lifestyle blogger at HighStyleLife, passionate about yoga and healthy living. She enjoys sharing her experiences and ideas on how to lead a happy and healthy life.
All Posts

The Ultimate Guide to Weight Training for Basketball

The Ultimate Guide to Rotation Diet

How to Lose Weight with Benefiber

Why HIIT is the perfect workout for six-pack abs